People working with their hands who have heavily strained their palms and wrists for several decades towards the second half of their life often complain about pain, tingling and numbness in palms. One of the reasons might be carpal tunnel syndrome which can be cured, even when detected later in life.

What is carpal tunnel syndrome?

There are several nerves in the lower arm – ulnar and median nerve. Where the palm attaches to the lower arm, bones are joined by ligaments, joints and joint sacs. One of the main ligaments holding together the whole wrist stretches across the base of your palm inwards. It is strong and massive, but just like any other part of your body, it changes when subjected to excessive stress – coldness, humidity, acids, physical stress. Your body doubles down and strengthens the endangered ligament and, therefore, it becomes thicker. Sometimes the ligament becomes thicker due to inflammation and excess tissue mass, but mostly due to hard work done, for example, by milers who every day milk several cows by using their hands, The Carpal tunnel syndrome is often also seen in fishermen who pull nets with bare hands; women who saw these nets; long haul drivers, tractor operators, and factory workers who daily work with chemical substances or heavily use their fingers for spinning; however, the ailment can be experienced also by people working on their computers and members of other professions. Underneath this ligament, called Carpal Tunnel, there are two large nerves; the most important one is median or middle nerve. If this site gets inflamed or if the ligament thickens, the tunnel narrows compressing the nerve and small blood vessels feeding the nerve. In cases like these, patients complain: “My hands are tingling – I cannot even milk a cow or knit.” or “My hands are tingling – I cannot even feel the steering wheel.” However, one must remember that palms can be tingling, but you can also feel burning sensation, pain or numbness due to the inflammation of median nerve. The nerve can be compressed post lower arm or upper arm fractures around the elbow or shoulder joints. You can also feel these symptoms if there is compression around the neck; fingers can be tingling due to neck osteochondrosis too. These nuances can be differentiated only by a professional; however, doctors in many cases fail to find out the true reason behind all the tingling and prescribe for their patients medicines or blockages, forgetting that at first the cause of tingling or pain must be found.

One can find out which nerve is compressed through electromyography (determines nerve viability and conductive-ability), magnetic resonance imaging (the test shows the nerve structure, spinal cord, spinal cord roots) or CT scan (clearly shows bone growths, gristles, horns, thickened ligaments) as well as doing blood tests (determines whether there is inflammation in the body).

If your hands are starting to tingle, you do not need to go to a doctor straight away. At first, try bathing your hands, holding them in warm water before bedtime, adding to the bath one or two handfuls of coarse-grained salt or store-bought bath salt (dose shown on the package). hen dry your hands and nourish with a cream – we recommend a cream for baby skin care which will soften your skin and subcutaneous ligaments alike. Bathing your hands is recommended for all professions where hard work with hands and wrists is common. Hands must be protected from the effects of coldness and heat by wearing gloves as well as against physical injuries. If baths with salt fail to help, please consult your general practitioner, but you can also go straight to a neurologist, neurosurgeon or orthopedist. Depending on your complaint, the specialist will prescribe medicines, ointments, injections, or physical therapy sessions or any of the aforementioned tests. If the problem will turn out to be more serious, you must do blockages or hand surgeries at any of the five neurosurgery clinics in central hospitals in Riga, Rezekne, Daugavpils and Liepaja. The blockage is done to introduce medicines in the nerve compression site; these can be painkillers, anti-inflammatory medicines, nerve tissue nourishing products, or medicines to fight adhesions. This decision will be taken by the specialist. “Do not be afraid from a surgery; instead be afraid of surgeons!” I read this funny saying on a wall in a clinic in USA. The joke has some truth to it. The carpal tunnel syndrome surgery is rather simple – the ligament must be split so that one side of the tunnel would be open, releasing the nerve. However, optics must be used during the surgery to avoid damaging ligaments. Practice all around the world shows that 1% surgical patients face complications; patients must always be informed about this before the surgery. There can be some bleeding during the surgery because there is artery right next to the surgical site. Careless work can also damage tendons and surrounding tissue. Endoscopic surgery is another great method which however must be practiced according to clear professional indications. The patient must be aware that surgical intervention can fail to give desired results if the patient suffers from poor wound healing, that is, the patient heals slowly and scars. Scar tissue from the cut can encourage the tunnel to narrow down. Therefore, the doctor must be informed about the fact hat the patient post surgery or trauma scars; in cases like these, the issue can be tackled by endoscopic methods or medicines. There also can be cases when the median nerve is so compressed that neither drugs nor surgery can restore it. Rather often the tunnel syndrome has affected both palms but I do not recommend to operate on both palms at the same time (although sometimes patients insist on such a course of actions) because after the surgery you will need at least one hand for eating and dressing. After the surgery, you must avid hard physical work for at least two weeks; if you nevertheless decide to work, always wear gloves. The wound will heal more poorly if the patient will use alcohol or fail to protect the palm, because infections can be encountered easily. A gypsum base or special orthosis should be used 5-7 days after the surgery. The carpal tunnel syndrome surgery is a State-paid service. At the private clinic it will cost 99 lats, including all tests. I have worked in neurosurgery for more than 25 years and I have noticed that patients often come to a doctor with severely progressed ailment. The patients have often treated themselves holistically with medicines. They have picked physical therapy for themselves, asking the doctors to do blockades. Such a chaotic course of treatment makes the disease worse – they have done poor diagnostics (or none at all) and often these people are disappointed in the capabilities of the medicine in carpal tunnel treatment. However, the treatment is often ineffective due to unsuccessful cooperation between patients and doctors. 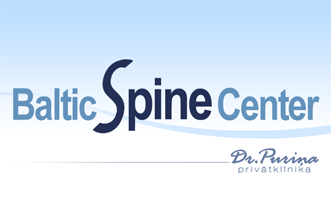 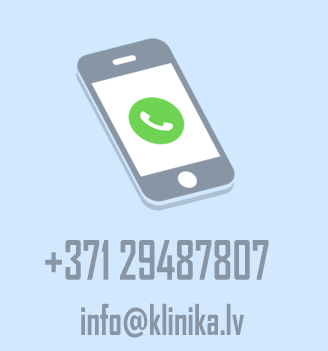 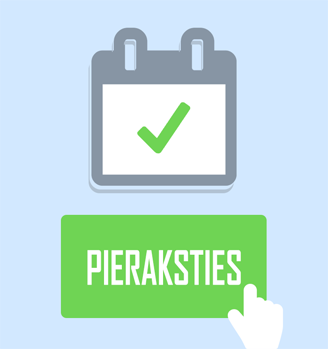 This website uses cookies to improve your experience while you navigate through the website. Out of these cookies, the cookies that are categorized as necessary are stored on your browser as they are essential for the working of basic functionalities of the website. We also use third-party cookies that help us analyze and understand how you use this website. These cookies will be stored in your browser only with your consent. You also have the option to opt-out of these cookies. But opting out of some of these cookies may have an effect on your browsing experience.
Necessary Always Enabled
Necessary cookies are absolutely essential for the website to function properly. This category only includes cookies that ensures basic functionalities and security features of the website. These cookies do not store any personal information.
Non-necessary
Any cookies that may not be particularly necessary for the website to function and is used specifically to collect user personal data via analytics, ads, other embedded contents are termed as non-necessary cookies. It is mandatory to procure user consent prior to running these cookies on your website.
SAVE & ACCEPT
Klīnika